Can you guess what I am planning next to my game? 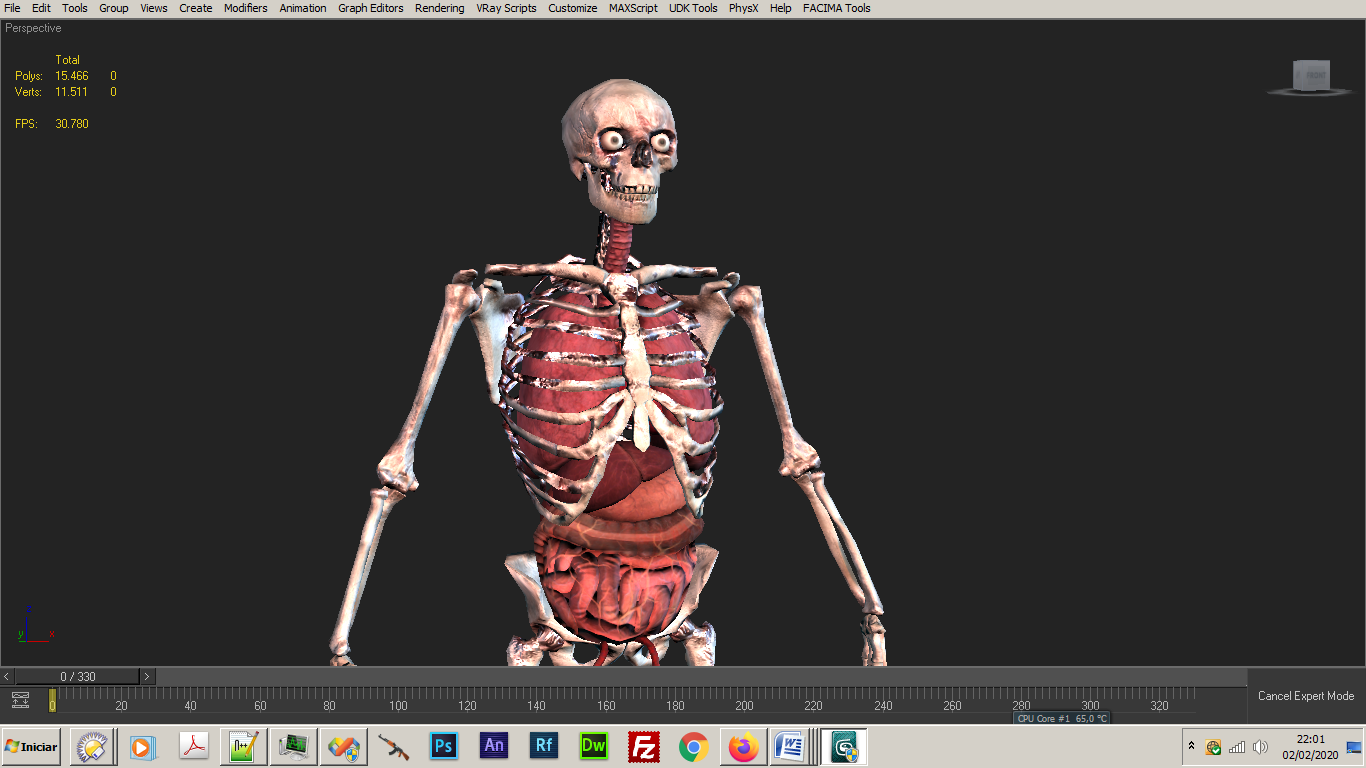 Looking good. Is there a playable demo?
Advertising

Thanks man for the compliment. I am almost finishing the first episode of this game, which will come with many missions, for both single player and multiplayer. I will release the full version to purchase at the same time a free demo for people to testout the game, on PC, PS3 and Xbox360.

Hello guys! Just want to show off here something cool I created. A cool HeadShots Counter for the Special Ops Mode.

The basic tech behind it is very simple.

So whenever the weapon projectile hits the Head or Neck Bones, the boolean variable HeadShot is set to true (it begins the code as false).

Next step is add another counter to count total number of enemies on map. It begins by counting all enemies an add them to an array, and then add an event (Enemy Death), and each time this even occurs, one enemy will be removed fromt the array (ObjectList). So whenever this array becomes empty, that means we killed all enemyes. And after killing all the enemies, then we go there and check for the value of HeadShotsCounter variable. If I want the player to perform at least 10 HeadShots, I need to check if this variable is >= (bigger or equal) than 10. If yes, then the mission is accomplished. If it is < (less) than 10, then mission failed. 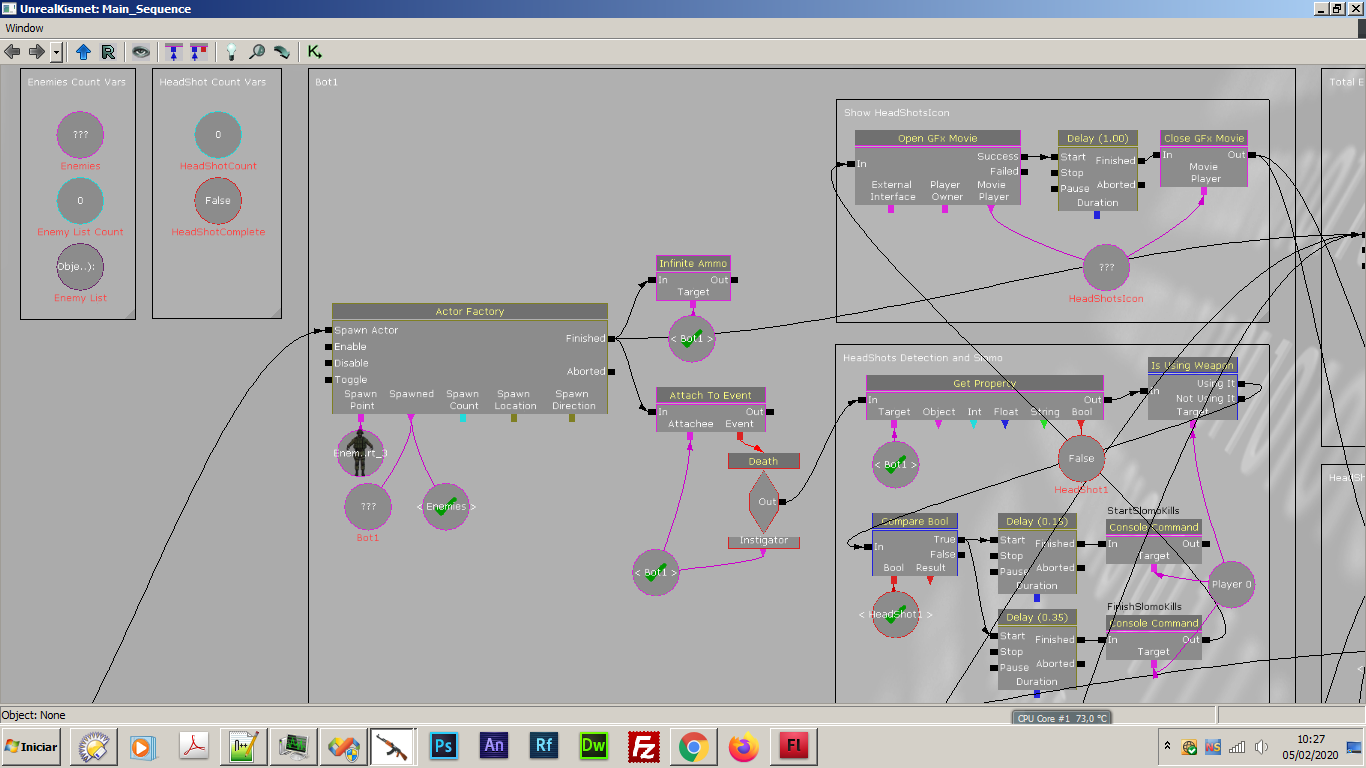 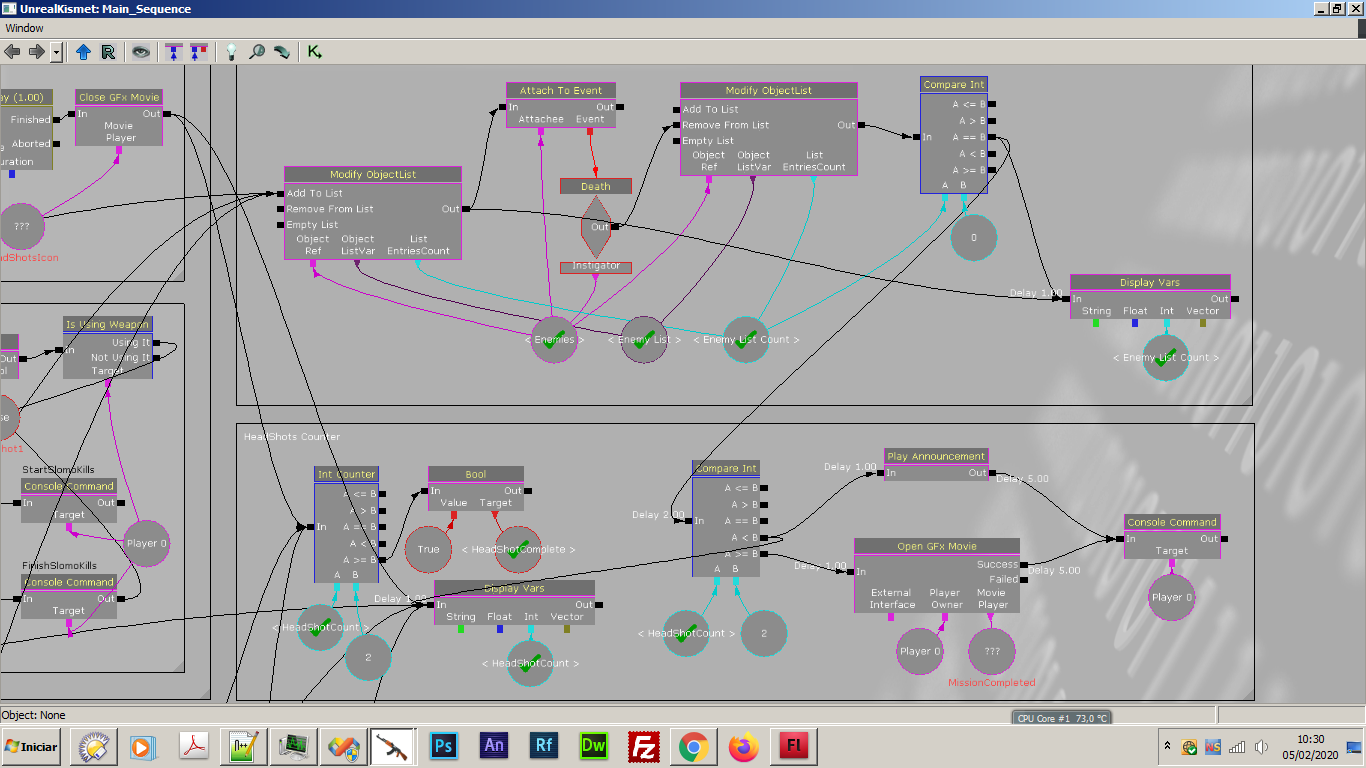 In this small video I show some cool and custom pickup items I created for the #Multiplayer mode, in the best style of #RetroFPS and Classic #FPSGames like @Quake and @DOOM. Also you can see the finished HUD for Multiplayer.

In this article I discuss the technical details of how I created the weapons of my game, and how I did the physics simulations for the projectiles using Unreal Script.

I know there are almost two weeks without any updates, but be sure I am working, and VERY HARD to finish and release the first episode untill the end of this month.

However, because I have published about my game on almost 100 sites, which I need to keep updated, I only publish whenever I have some significant updates.

But here on twitter (https://twitter.com/UdkUltimate) and also on IndieDB (https://www.indiedb.com/games/fursan-al ... qsa-mosque) I always post at least a new screenshot of some feature I am developing/improving.

From since my last update about the Weapons, I have done basically two things.

I created a new custom AI Class especially for knife kills game mode. Now you can approach the enemy from behind without being spotted, however, if you touch the enemy, or stay a long time behind him, he will realize it and shoot at you. This was done mixing Kismet (the Blueprints of UE3) with UnrealScript. I even created a custom field of view to the enemy using a trigger volume. 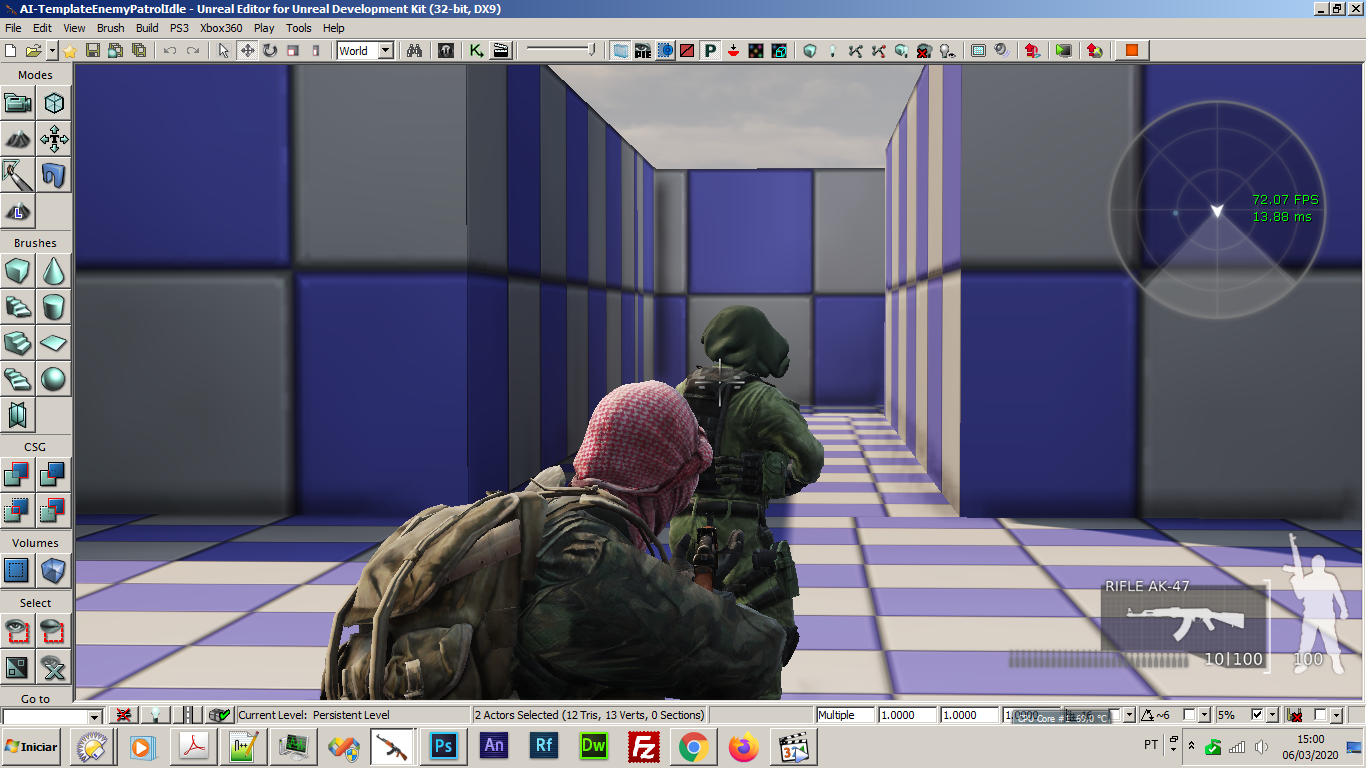 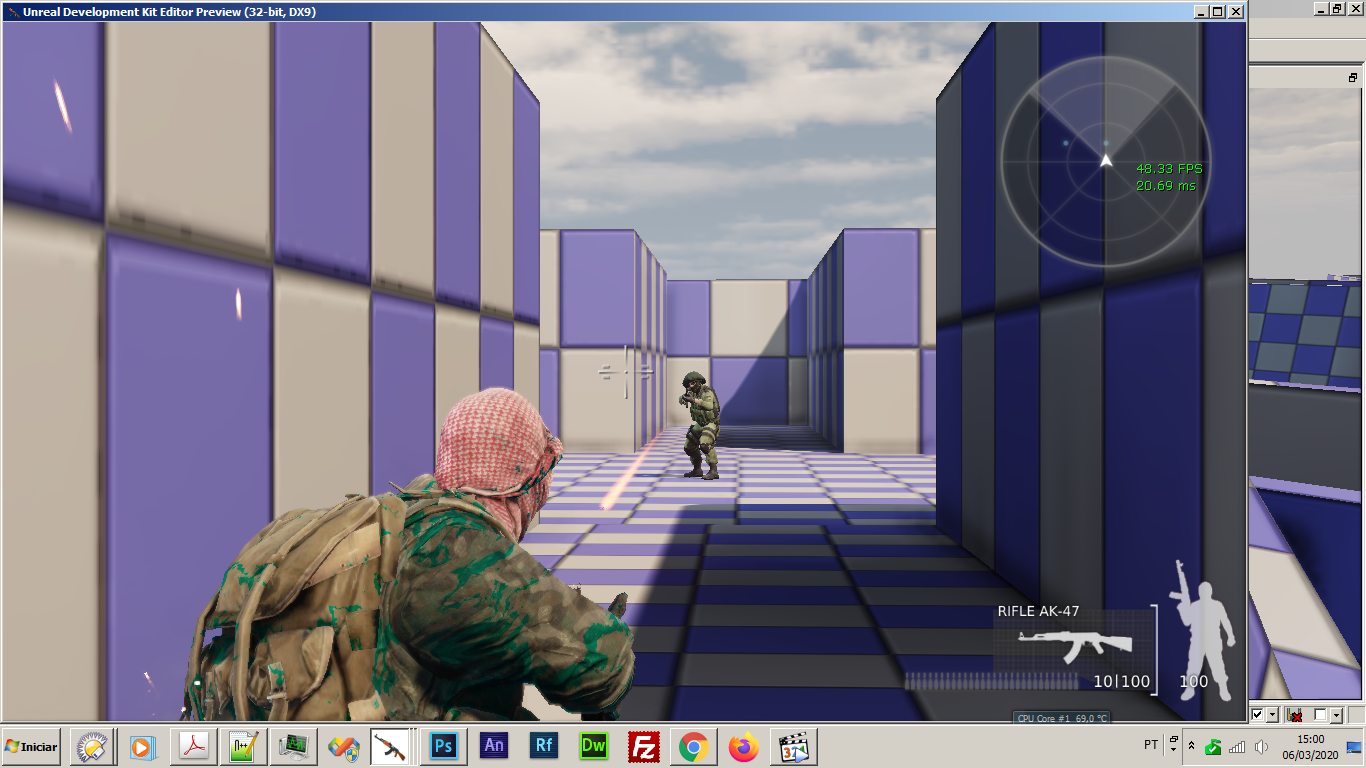 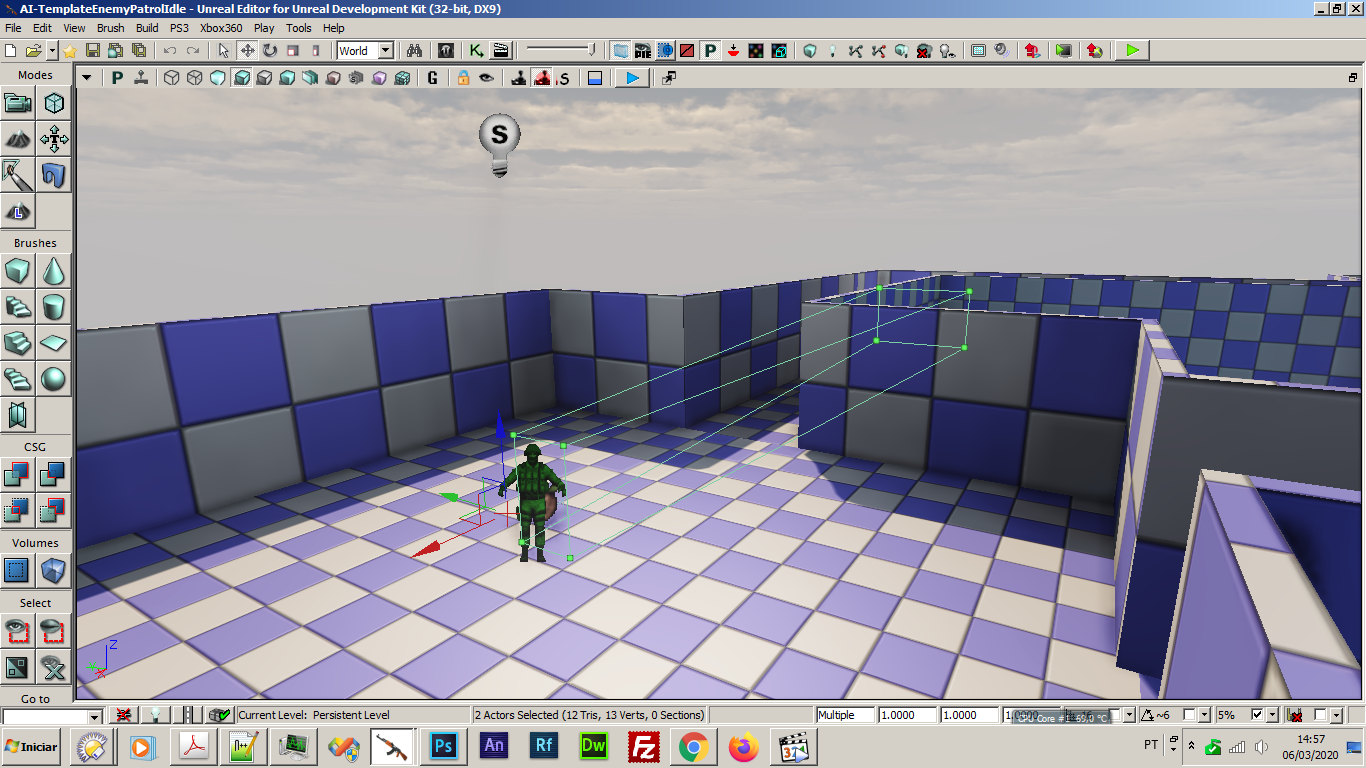 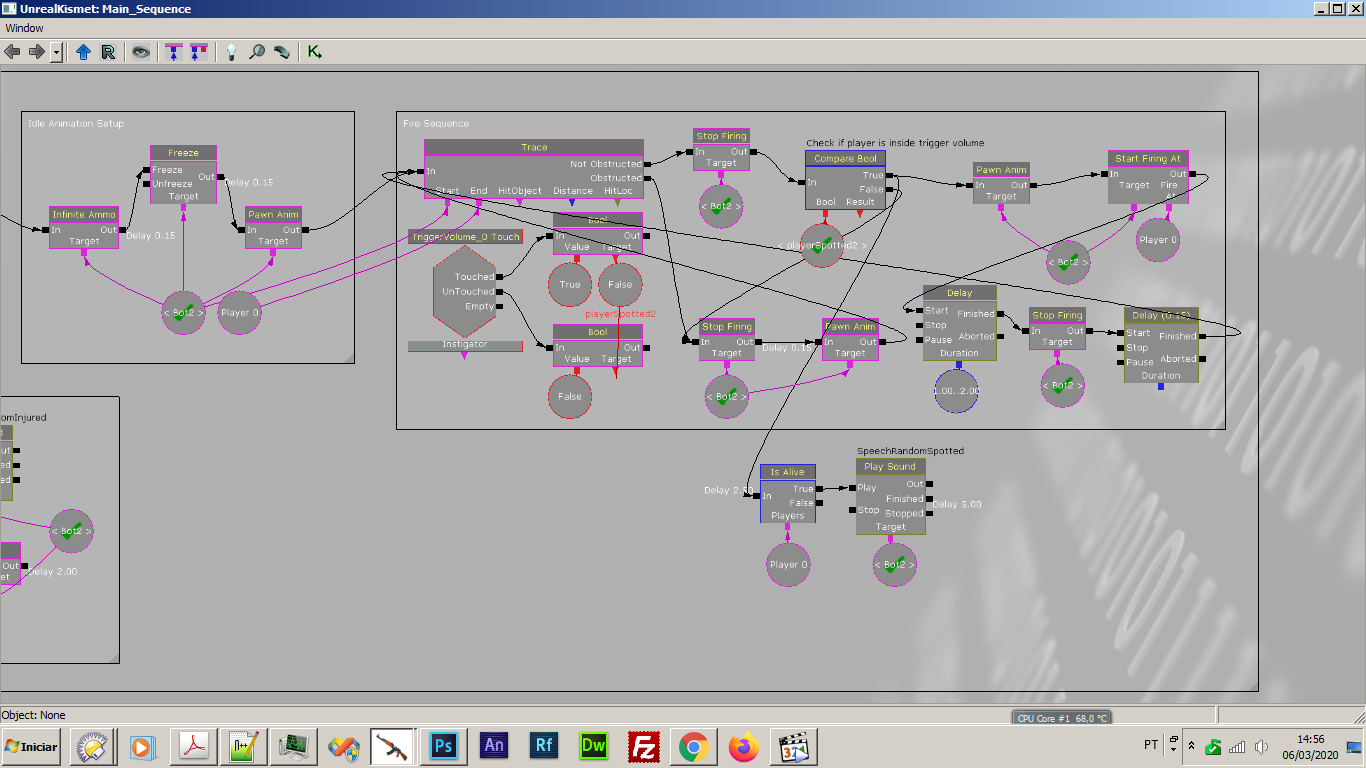 Also, I am remaking the Knife Kills System, with updated character animations and a brand new camera animation, on the best Mortal Kombat X style. It even has the X-Ray effect! 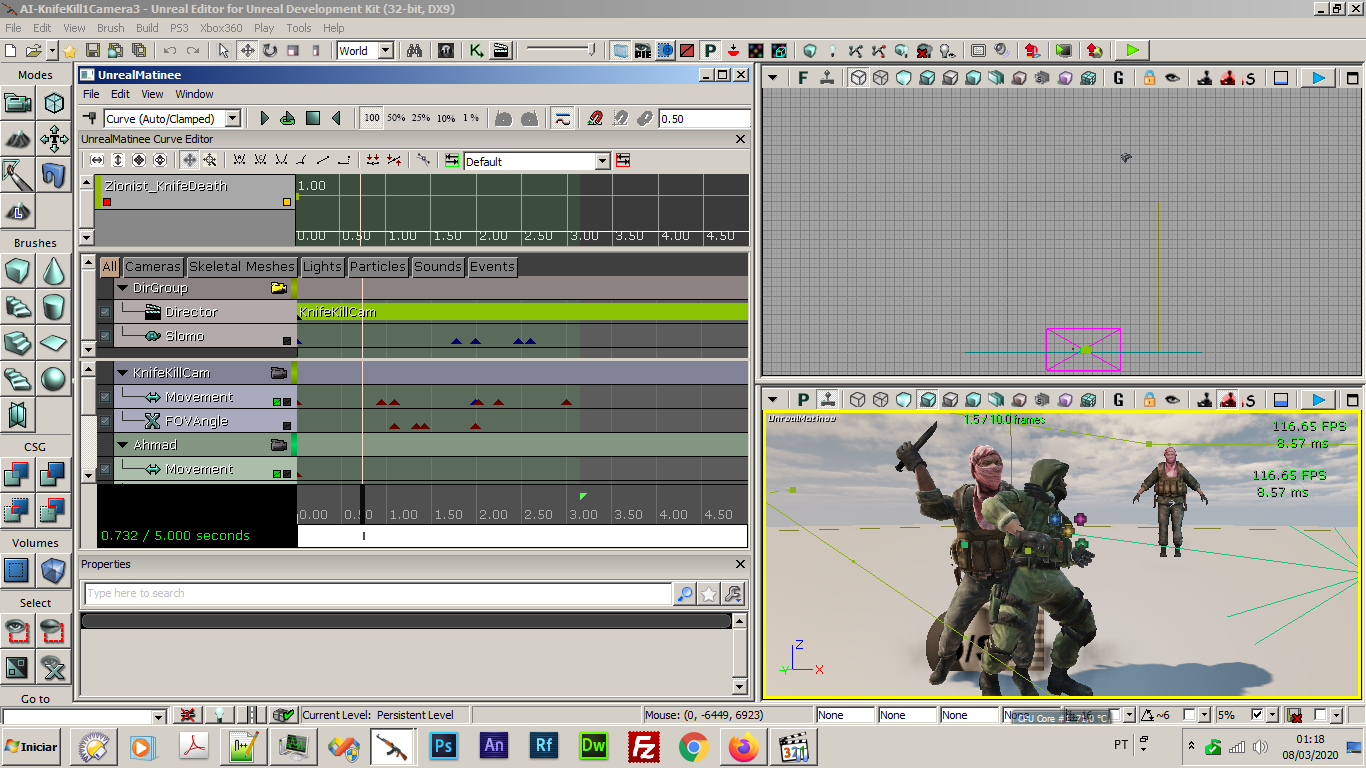 I was thinking on releasing those test maps (with blue/white checkboard) from since last week, for people test the game, however, I think that these don't reflect the final game quality and may even harm this project.

As I said before, I will ask a very small value (something like U$ 2.00) for each episode, because I am in strong need to earn some profit (my financial conditions are very bad at the moment). So it's for that reason that I prefeer release each episode on it's complete state, with fully textured maps, animations, mission objectives, and so on, for making this game worth the price. I know that even for a small price like this, people want a complete product, a fully working game, not just a "developer" bugged version of the game.

I hope you all understand the reason why I delayed a while the release of this game.

Thanks guys for all this support and interest on my game.

Some new updates here, I hope you all enjoy. 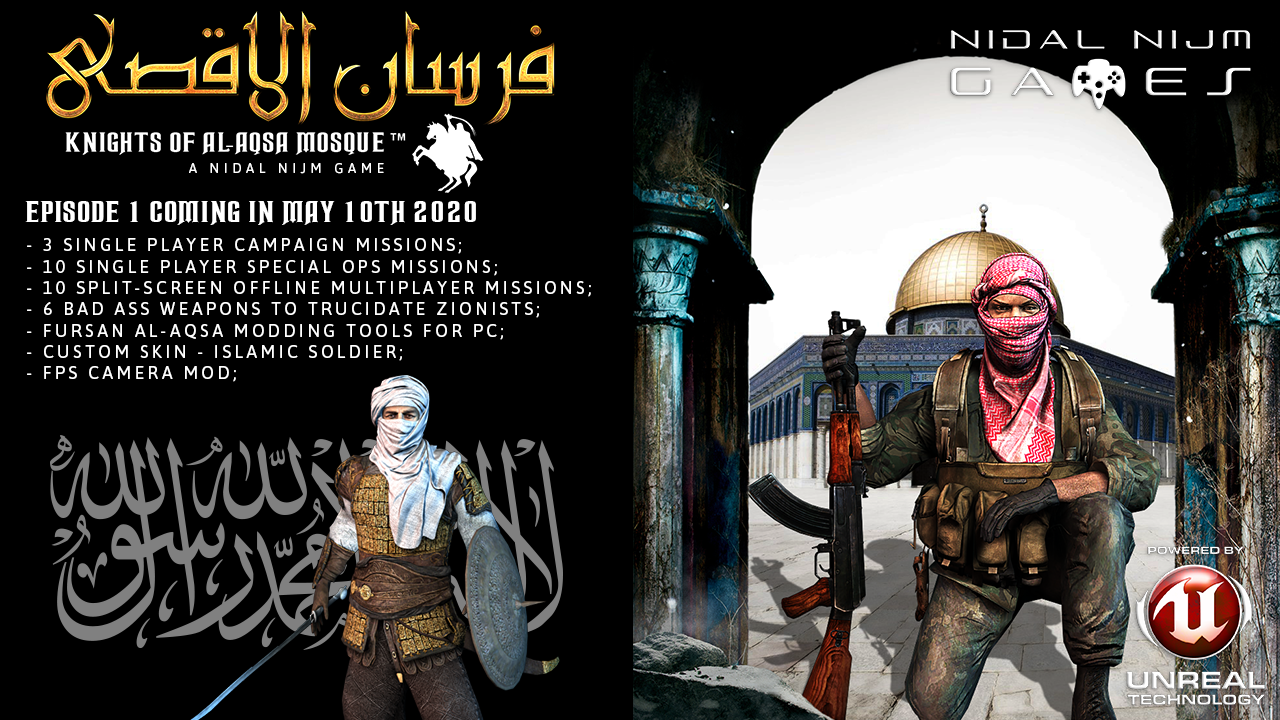 Get your knife and seek your revenge... The blood of the oppressed is calling you... 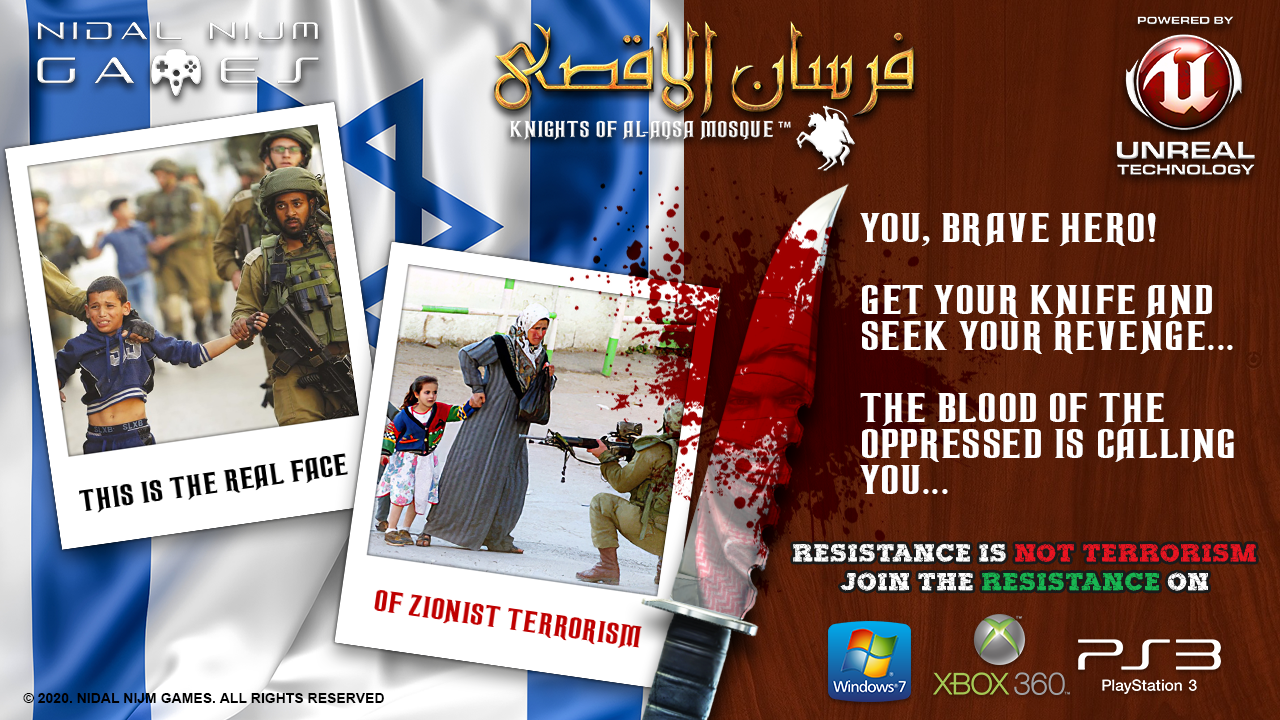 Finaly accomplished another task of the roadmap towards the release of #FursanAlaqsaGame. I did remake the game's menu, and I am very proud of the results. This was done in Scaleform (Adobe Flash CS4) and 3dsmax, the code behind it is ActionScript (Flash) and Unreal Script (UE3). I hope you like it.