Introduction:
Just a Work in Progress. (I decided to make this thread cause tomorrow i'll go back to my city for christmas and so i'll probably not have time to work on it.)

Description:
ctrWolfen is a port of Wolfenstein 3D by idSoftware based on Wolfenstein 3D PSP v.6.0 sourcecode.
It runs fullspeed on both O3DS / N3DS in 268 MHZ mode but at this stage it has several bugs and stuffs to add.
In the package you'll find shareware version of both basic game and spare of destiny dlc.
To use full versions of the game you must put .wl6 / .wl3 files (for basic game) or .sod files (for Spare of Destiny) in ctrWolfen folder.
If someone wants to help, repository is available on GitHub, you can make some commit pull.
A short TODO list of the most important features before a first stable release: 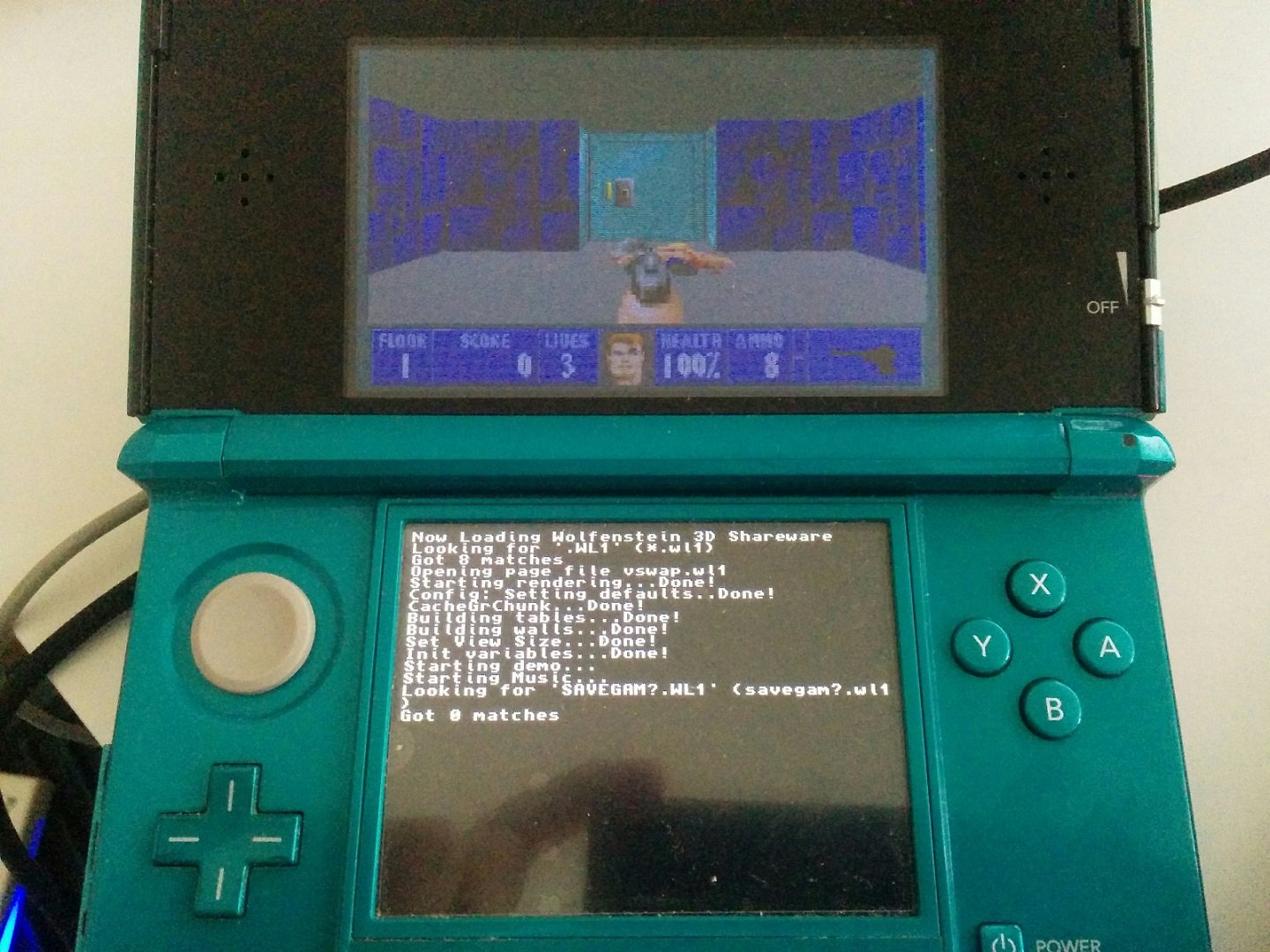