for the first, I'm not really someone who called a "hacker", but I think it should be good to share this Information with all of you.
Today I installed Plex (Media Server) on my PC to stream Movies and Animes on my Wii U.
All Videos works fine, but one of them crash my Wii U.
I thought: "Can I replicate this crash?" and "is it exploitable?"
If I try this video on a other PC, it works, but the Wii U always crash on it.
I'm not able to get back to the WiiU-Menü again. I have to hardreset my Wii U.

I uploaded a Video to show you this crash.

What do you think? Is it exploitable?
EDIT: to add in further, it gives the white screen, and if you leave it, the screen turns black, so it yields very similar results to the original browser exploit.
Tried with the Current Firmware: 5.1.2E & 5.1.2U
After some time, I'll get some glitchy thing on the Wii U Gamepad. 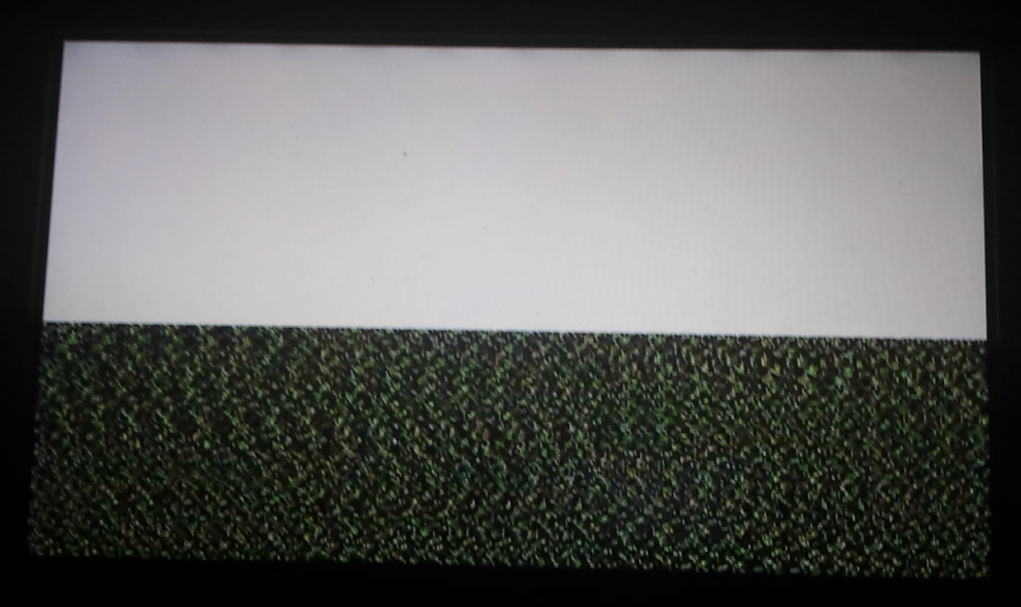 Thanks to Blayd for this picture

I already posted this on gbatemp, but someone told me that are some tech-freaks here who can do something with it.
http://gbatemp.net/threads/crash-wiiu-v ... le.370605/

Heres a Video that shows you that it works on PC, but it crashes on Wii U
[spoiler][/spoiler]

EDIT:
And yea, if you want to replicate this crash, you should try it with the file I used.
Because it's an Anime and it's licensed somewhere, I cannot upload it by myself.
But you can download it from the subgroup who subbed it.
The Original Filename: [RisingSun]_Spice_and_Wolf_-_01_(ger.sub)(720p)[7B9219C3].mkv
After you downloaded it, install PLEX on your PC, place the video into the library and open it on your WiiU
Advertising

Re: Crash WiiU via browser. Exploitable?

Yep! If anyone can help further, it'll be people here

If you guys need to play catch-up, check the updates he's done on GBAtemp. It's pretty cool B) Who knows, eh?

EDIT: to add in further, it gives the white screen, and if you leave it, the screen turns black, so it yields very similar results to the original browser exploit.


EDIT2: Also, I should add in, I've tested it and it works. I've spoken with Fate6 (the mod here) in the past about various VHBL exploit possibilities, so I'm hoping that you guys will trust me when I say that, despite his 1 post (I directed him here), this is a legitimate crash B)
Advertising

At this point what would be needed to understand this further is the transcoding process of Plex, in order to create a smaller file that yields the same results. I don't know anything about the Wii U, but assuming it is using a webkit based browser, have you tried reproducing the same crash on other webkit based browsers? (Chrome, Safari...)
If you need US PSN Codes, this technique is what I recommend.

wololo wrote:At this point what would be needed to understand this further is the transcoding process of Plex, in order to create a smaller file that yields the same results. I don't know anything about the Wii U, but assuming it is using a webkit based browser, have you tried reproducing the same crash on other webkit based browsers? (Chrome, Safari...)

Under Chrome, it plays normally. However, like the other exploit, (as you know, from a previous article you've written) the crash happens on the Wii U, really, exclusively, from what I, and others can tell. We haven't tried it on the Vita, 3DS, etc. but the results have been the exact same as the previous crash, which turned out to be useful towards an exploit for kernel access. If you read the GBAtemp thread, (I believe I'd read this...) it seems to be an error with the transcoding or something odd like that (Again, I think someone may had stated that...). But it literally crashes exactly like the last one, and it's via the browser, too. I know it's not saying much, but because of the similarities, it could possibly become a way towards kernel access, wouldn't you say?
Top

Like Thirty3Three already said, plex is able to play this video without problem on Chrome, Safari and Firefox. I want to try it on my 3ds, but the battery is dead :/
I already look for someone who could create a videofile (smaller then the original + not copyrighted) for us.

UPDATE:
GOT IT!
Was able to cut 1 second out of the Anime and the file has only 70kb! And yes, it crashes the Wii U using PLEX

Downloadlink to the Video file

Nice~
Wonder what the next step would be?
Last edited by SMOKE on Sat Aug 30, 2014 4:41 pm, edited 1 time in total.
Reason: removed unneeded quote again
Top

let's see what the hackers could do with it.

I tested the crash on my Vita and my PS4, and on the Vita, it just says after while, "This media cannot be played", and the browser crashes; just the browser though, then exits to the main menu. On the PS4, when entering the URL, it just says, "the PS4 cannot display this content" or something.

Now for the next step...
Top

The Vita and PS4 can't play mkv, Try converting it to mp4 and see what happens. D:

anon wrote:If you can't trust a 600 year old vampire in a prepubescent girl's body, who can you trust?

We're able to watch videos in mp4-format on the Wii U using Plex.
But with this mkv-file, PLEX will crash the Wii U.
Using PLEX to stream mp4-files will work without problem.
AND Plex is able to stream mkv on PC, only crash on wii u
Top
Post Reply
11 posts

Return to “Programming and Security”