3DSident is a tool inspired by PSPident - which was originally developed by Jas0nuk and later updated by Yoti. The tool was used to obtain more information about your PSP's motherboard, firmware etc. Similarly the 3DS version - 3DSident aims to display more information about your 3DS. 3DSident is a fork of ctr_vercheck which was originally developed by Wolfvak. Initially it was only used to display FIRM info, but I decided to expand it further by implementing the following features:

As of now it may be deemed useless, but I'll try to keep things updated by adding more useful information about your 3DS in future releases. 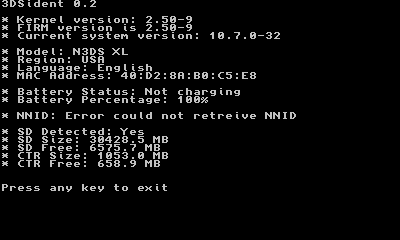 Screenshots are saved as SD:/3ds/3DSident/screenshots/3DSident.png 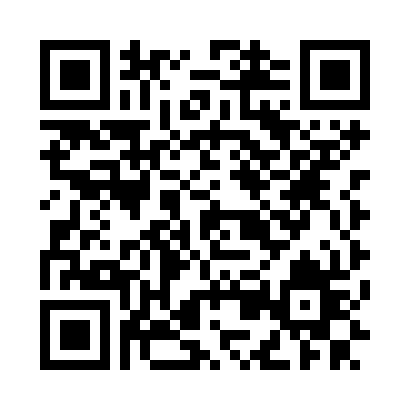 Thanks for your hard work. I really dig the PSV GUI version, so I'm glad to see you made it for 3DS as well.