[TUTORIAL] How to Activate Fake Save Data Owner on Rebug CFW

[TUTORIAL] How to Activate Fake Save Data Owner on Rebug CFW

I've planned on doing this tutorial for a while but now I've finally found some motivation to write it. And no, the motivation is not the thought of possibly winning a $10 PSN code, it's to both try and help people looking for this setting on their consoles, but mainly to give 5ham5h33r some competition so he doesn't win by default with his poorly done tutorial. @5ham5h33r Really man, not even the most basic suggestions I posted on your thread for you made it into your main post, just disappointing....

Anyways, tutorial time. This is an easy process to do, but I for one had trouble finding it when I first installed Rebug CFW. Lots of people had the same issue and from what I could tell no ones done a dedicated tutorial on how to activate it before, (maybe someone did, but I couldn't find it). Some very basic components needed for this tutorial:

After you have that all set up make sure to install Rebug toolbox if not already done by going to the Game tab on XMB>Package Manager>install package files>PS3 system storage. By default the package version of Rebug toolbox is always found in this directory for your convenience.

Once Rebug toolbox is installed go ahead and launch it from the Game section of XMB. Your default settings should look something like the following: 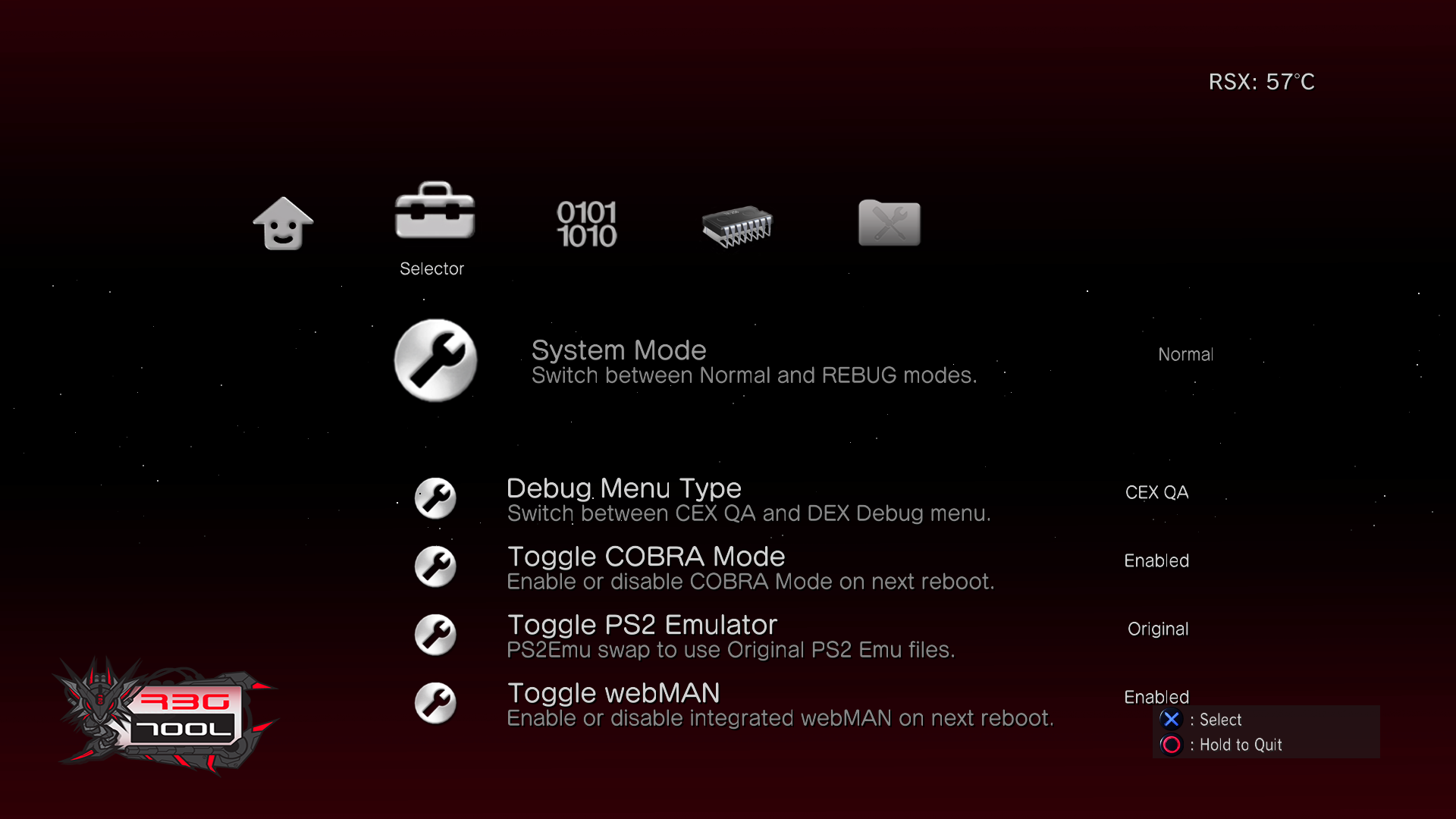 We're going to want to change two of these settings. First select System Mode and change it to REBUG. After selecting that option the PS3 will let you know that after exiting Rebug Toolbox the PS3 will auto reboot. Go ahead and OK the message, then scroll down to Debug Menu Type, change that from CEX QA to DEX. Once again the PS3 will prompt you that it will reboot once you close the toolbox, hit OK. Your settings should now be as follows: 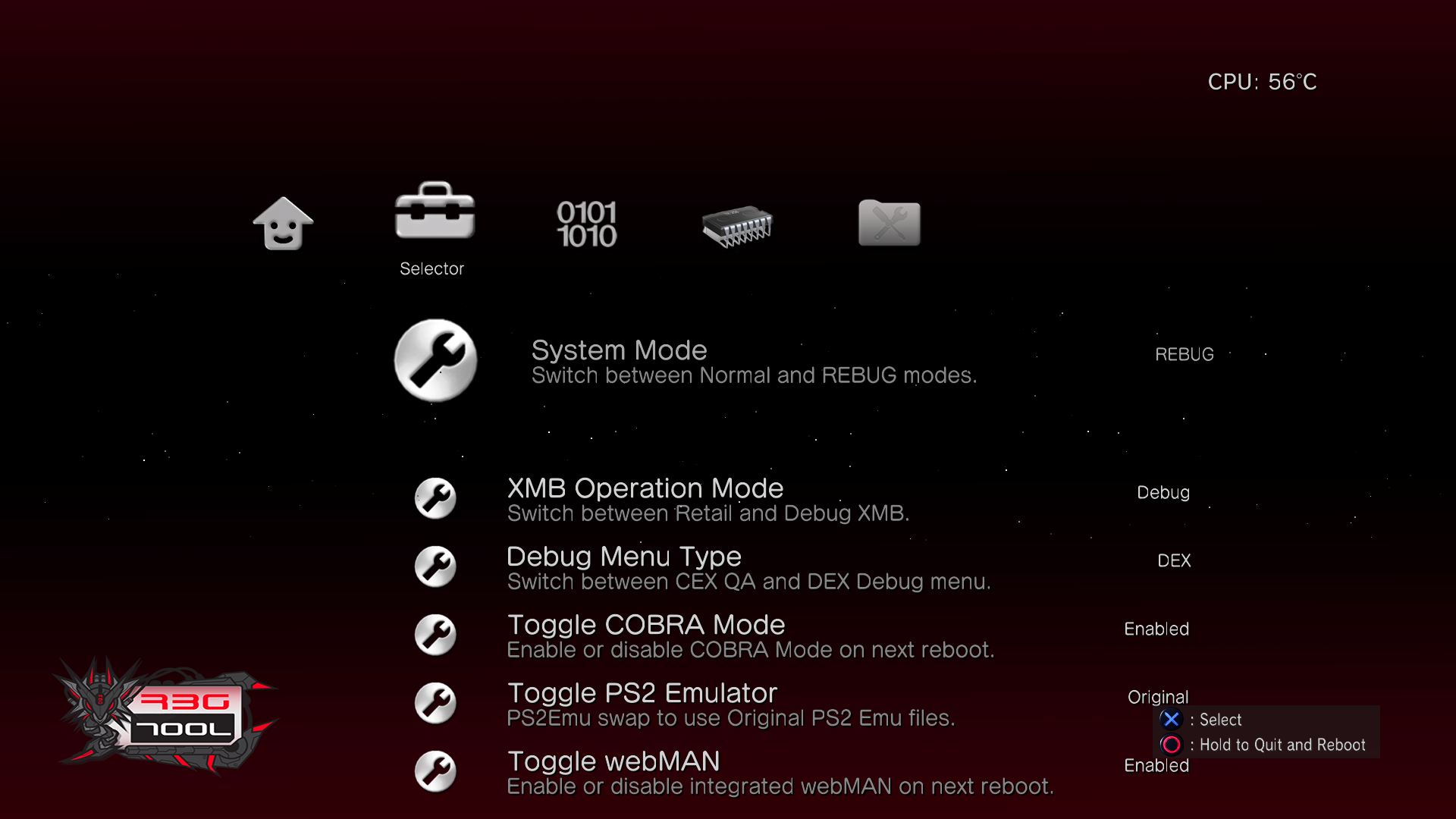 Now that those have been successfully changed go ahead and hold Circle, hit yes to exit to XMB, (PS3 will now reboot), once it's back up toggle all the way over to settings on XMB and under settings scroll to the very bottom to Debug Settings. Select Debug Settings and scroll down 14 options until you see "Fake Save Data Owner", go ahead and change that option from Off to On. 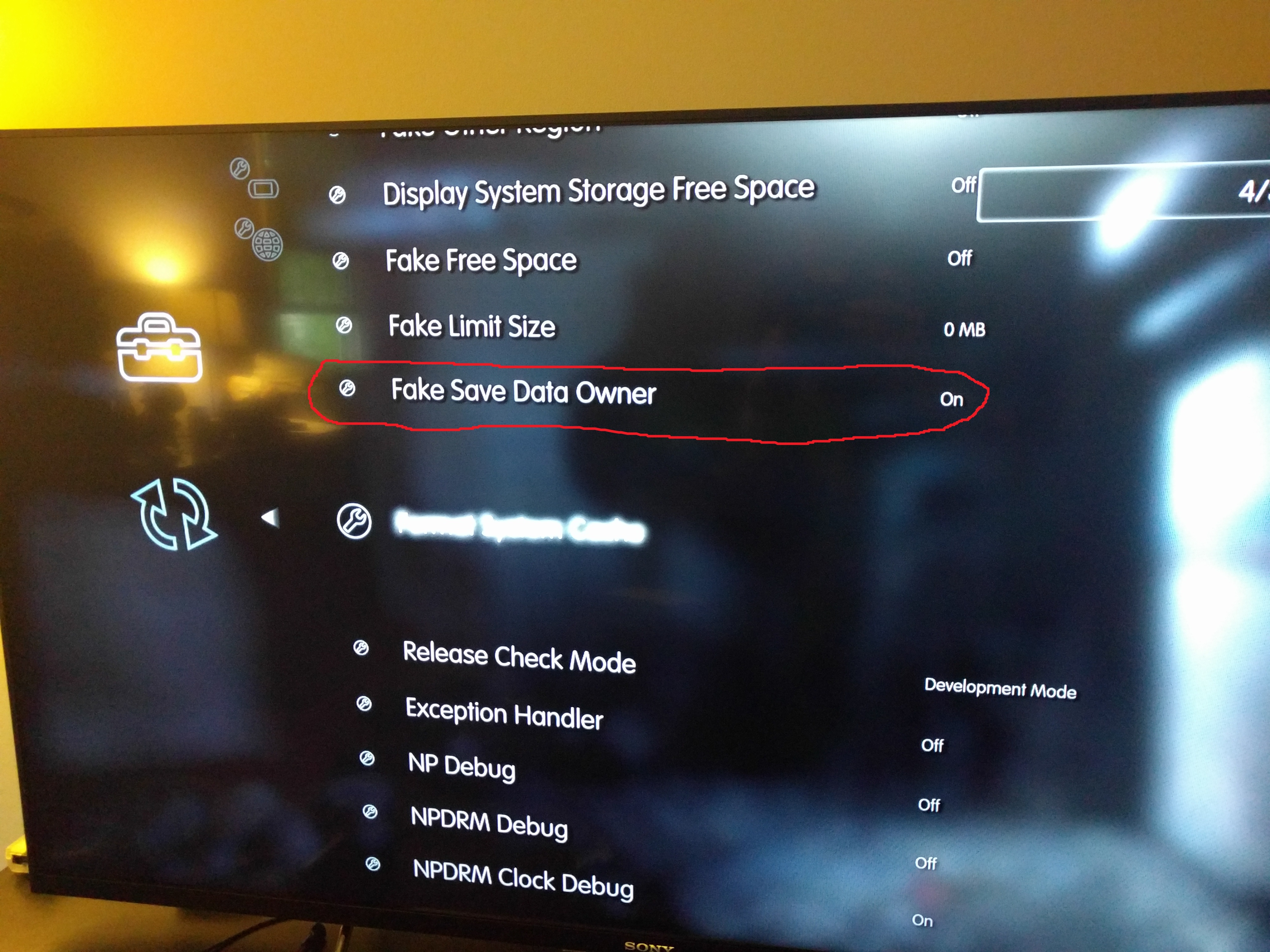 Congrats, you can now use anyone's save data without having to resign it prior to use! Sure resigning is super easy and takes two seconds to do, but if you don't have to do it why bother?

If anyone has any other suggestions on things you want to see in the future feel free to leave a comment.
Advertising

Re: [TUTORIAL] How to Activate Fake Save Data Owner on Rebug

Re: [TUTORIAL] How to Activate Fake Save Data Owner on Rebug

RandQalan wrote:If I could figure out how to vote this one has it

I appreciate the feedback! Once Wololo opens up the voting there will be an option to vote on the polling thread.
Top
Post Reply
3 posts • Page 1 of 1