Starting this week I will be giving away one game each week to one lucky winner of this forum. I have a total of eighteen games to give away to you all!

Each Saturday I will choose a winner at random and send them a congratulatory mail, along with the code to the game that they have won. I will also declare the winner's name on this thread, and declare the competition closed until Sunday. Any comments during this period will not be counted towards winning the next week's game.

Why am I doing this, you may ask? Well, I donated $50 to The Red Cross through HumbleBundle and received 10 games (six of which I also received Steam keys for) and I decided that I would continue to act charitably and give away those games to the members of this forum in the form of competitions.

Rules:
The rules are very simple. Comment in this thread, and share your fondest memories of this week's game and I will choose a winner at random. The winner will receive the game code and a congratulatory message through the mail.

Please note that each winner will be unique. Therefore; if you win one week you will not win another prize. This is to make things fairer for everyone and give multiple people the chance to enjoy the games.

You will need to comment each week to be within a chance of winning. I will not include anything before my comment each week stating that the competition is closed. So, if you want to win this game: comment on the thread.

I also do not count comments from the same person more than once. I understand some people either want to talk to others on this thread or think they may increase their chances of winning but I find that it would be an unfair advantage.

Here is a list of the games I have to give away. 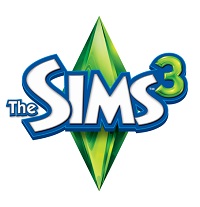 This game was donated to me by the forum user EvilGrin. Thank you very much for being so kind!

Week one: competition began on August 29th 2013 and ends on Saturday September 7th.

Please note that there was an issue with the code for Date Night, so I haven't included it in the prizes. Sorry!

by Dmon1Unlimited
I am not sure whether I played that specific game you mentioned, but I have played Sims games before, including Sim City.

with the regular sims game, I enjoyed making a family from the game and seeing them develop. However, my fondest memory belongs to sim city, which insanely involves, building my own city, having it thrive and prosper, only for me to destroy it with the various disaster options available (tornado etc).

I have not played a Sim game in several years, and it would be nice to win this game to start playing again.

by Jasonsj10
I used to play Sims 3 all the time. What I would do is make a grave yard. To do this I would make a tiny home and put a carpet, fireplace, stove, and a fridge with a Family. This family will be hunger so they would cook and they would turn on the fireplace which eventually they will make the carpet catch fire which will kill them. I would do this over and over til I had a grave yard then I would make people live in that plot of land and make them get haunted by the Ghost Sims.

by CLOUDSERVER
awesome :3 hope i win a game

if not thtas cool
I remember playing sims 2 i love the fact that you can build your own house i always had soo much fun building specialy wen the game lets you build second and a third floor i always removed the first floor walls to give it that look that the house is floating it was quite a challange to make it that way but it was fun i think i spend 10x more of the time building diferent houses than actualy playing with my sims characters and the quest xD lol.

I would love to play sims 3 and see the changes that they have made to the game and if i can still make some floating houses lol :3

by TheRealFinnZoidberg
The Sims was the firsr PC game I bought with my money, and I still have all of the expansions and since then I've been a huge Sims fan!

by Tnutbutter
I remember little, but I once did play The original sims, and both pets and the castaways. Pretty unique game if you ask me.

by SATKiller
I didn't play any Sims game until 8th grade. I played Sims 3 on my iPod Touch and, back then, it was one of the best iPod game in the app store. It was so funny to cheat on your wife with a different woman right in front of her then make up for it by shaking her hands 25 times.